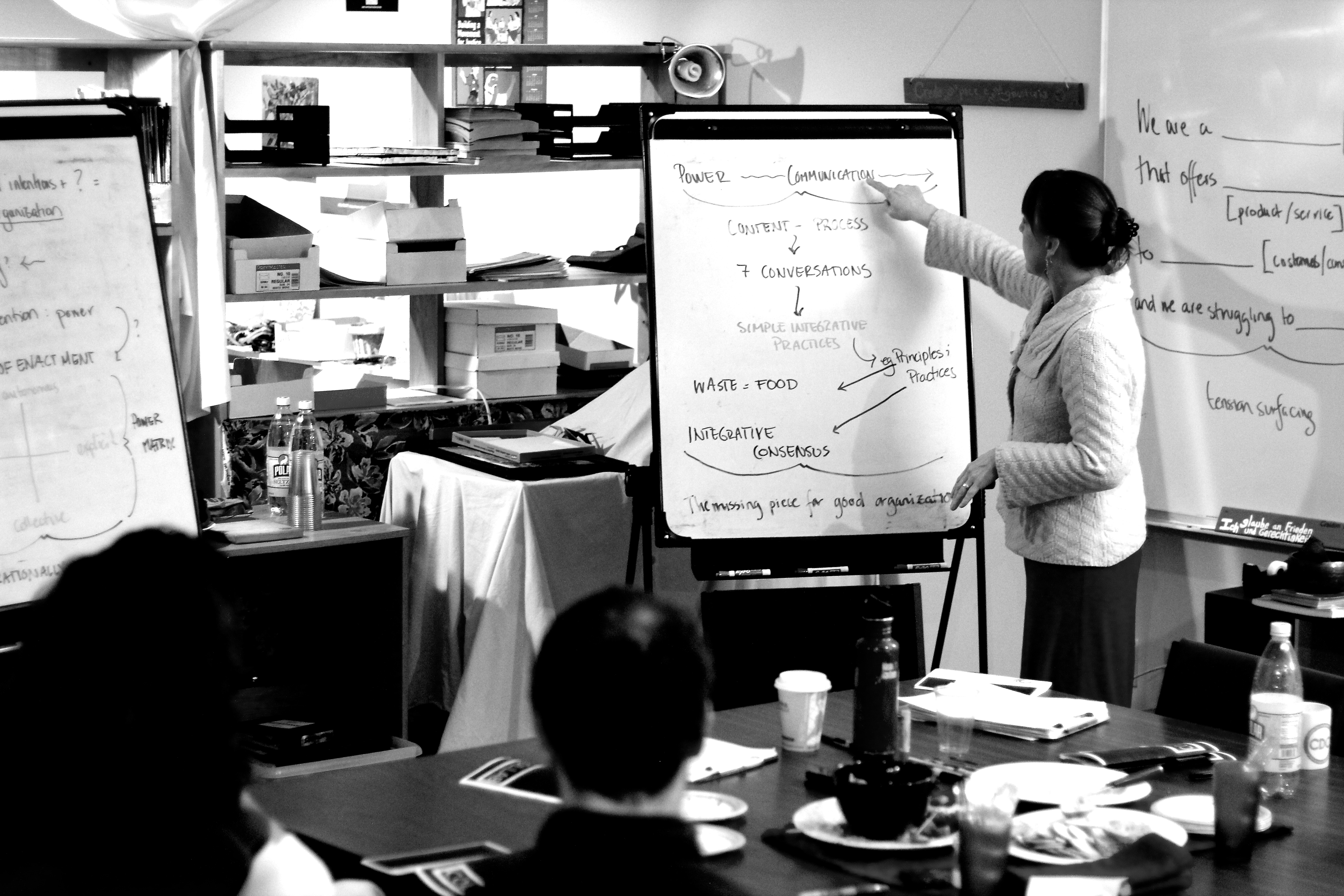 Picture an ideal world, functioning sublimely well. A problem arises–how does it get handled? Someone has an idea–what happens to it? There is a dispute between two people–how does it get resolved?

Hopefully, your answer isn’t, “In an ideal world, I decide and people do things my way.” For one thing, that would be exhausting for you. But even if you think, “We decide things democratically!” that still leaves room for confusion. Ed Whitfield, social justice activist and writer, has noted that most people think that “democracy” means getting your own way. Bad news: it doesn’t. But what it can mean is that nobody gets harmed, a pretty good runner-up in my view. In a democracy, every voice counts and every view is considered.

Another word that can cause confusion is “power”. Many people hear that and think “power over”–the ability to make people do what you want. That kind of power certainly exists, but it’s not the only kind of power. There is also “power with”–the ability to get things done with a group of people that you wouldn’t be able to do on your own. Democracy is super helpful when you want to exercise “power with”.

An expression one hears often among cooperators is “If you want to go fast, go alone. If you want to go far, go together.” This is an acknowledgment that democracy and power-with do take more time, but the payoff is you get much further than you would on your own.

In a cooperative, the principle of democratic member control refers to the idea that members decide what the co-op will do and what its values will be. There are many different ways of getting an agreement among a group of people, but the important thing is that the co-op is an expression of that agreement.

And even when a co-op works with other organizations–partners, lenders, vendors, investors, government agencies, or others–because of Cooperative Principle 4, Independence and Autonomy, it will always act as an expression of its own members’ agreement.

What do members of a co-op need to do to be productive participants in their democratic enterprise? Of course start with themselves: know their own real interests, needs, values and limits, and be able to express those clearly. And then be truly able to consider the interests and needs of their fellow members, and see things from a different perspective. Ideally, a little creativity for coming up with ways to meet a variety of needs helps enormously. But at least having the grace to value the well-being of the group alongside one’s individual desires is necessary.

An approach that values individual perspectives and group well-being in this way is less likely to produce the sorts of outcomes that we are seeing play out in the world today. Poverty, pollution, oppression of all kinds are possible because decisions don’t take into account the well-being and perspective of people being affected by those decisions.

An approach that builds the leadership and power of all people, that welcomes an increase in power because it is power-with, and means we are getting more done together, might lead to that beautiful, ideal world you pictured at the start. So let’s engage, let’s participate, let’s build our power together. There is so much we need to do, and we certainly can’t do it alone. We need every one of us.

This blog has been republished with permission. It was originally published at the Cooperative Development Institute. 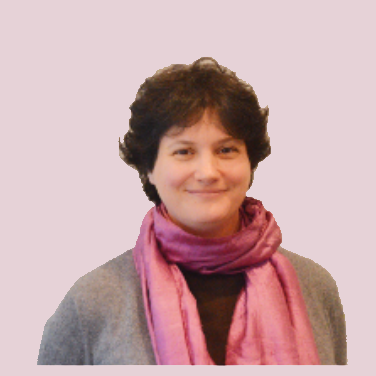 Noemi Giszpenc is the Executive Director of the Cooperative Development Institute, a nonprofit helping co-ops of all types form and flourish in the Northeast US. CDI is committed to “being the change” and operating in a participatory, inclusive, and effective way. As the organization’s leader, Noemi is figuring out how to be the change herself and inspire and support others.