Collaborative leadership is really what many organizations seem to be moving towards. And, in that way, it feels not just like a set of practices that are helpful; it feels like it’s aligned with the kind of work the world needs to have done.

Collaborative teams come in all forms, sizes, missions, and visions. I recently sat down with a student of Collab, Andy Barker, to talk about how he’s using the skills and tools he learned with us to launch his new project. A Burlington, Vermont native, Andy is currently designing an innovative school program, the Burlington City & Lake Semester. He is collaborating with a team of high school educators in the public school district that share a vision for a vibrant, relevant and exciting education that reaches all kinds of students (find out more about the project here and considering donating to it!).

With a decade of experience in education and a decade of organizing work on Ben & Jerry’s Social Mission team, Andy has now put his dreams to work on a project that feels meaningful and timely. His organization’s mission is to empower young people as citizens, students, and community members through authentic, collaborative real-world learning experiences in and around the city of Burlington. The project itself is deeply collaborative, including a program design process that incorporates extensive input from students, community partners and school district stakeholders.

Our conversation was rich and diverse as we discussed his team’s work together including some of the key practices he is using to nurture a democratic workplace culture of accountability, empowerment, and honesty. Read on to hear what he’s done to get his team on board and to go beyond “delegation” to “ownership” in their work. 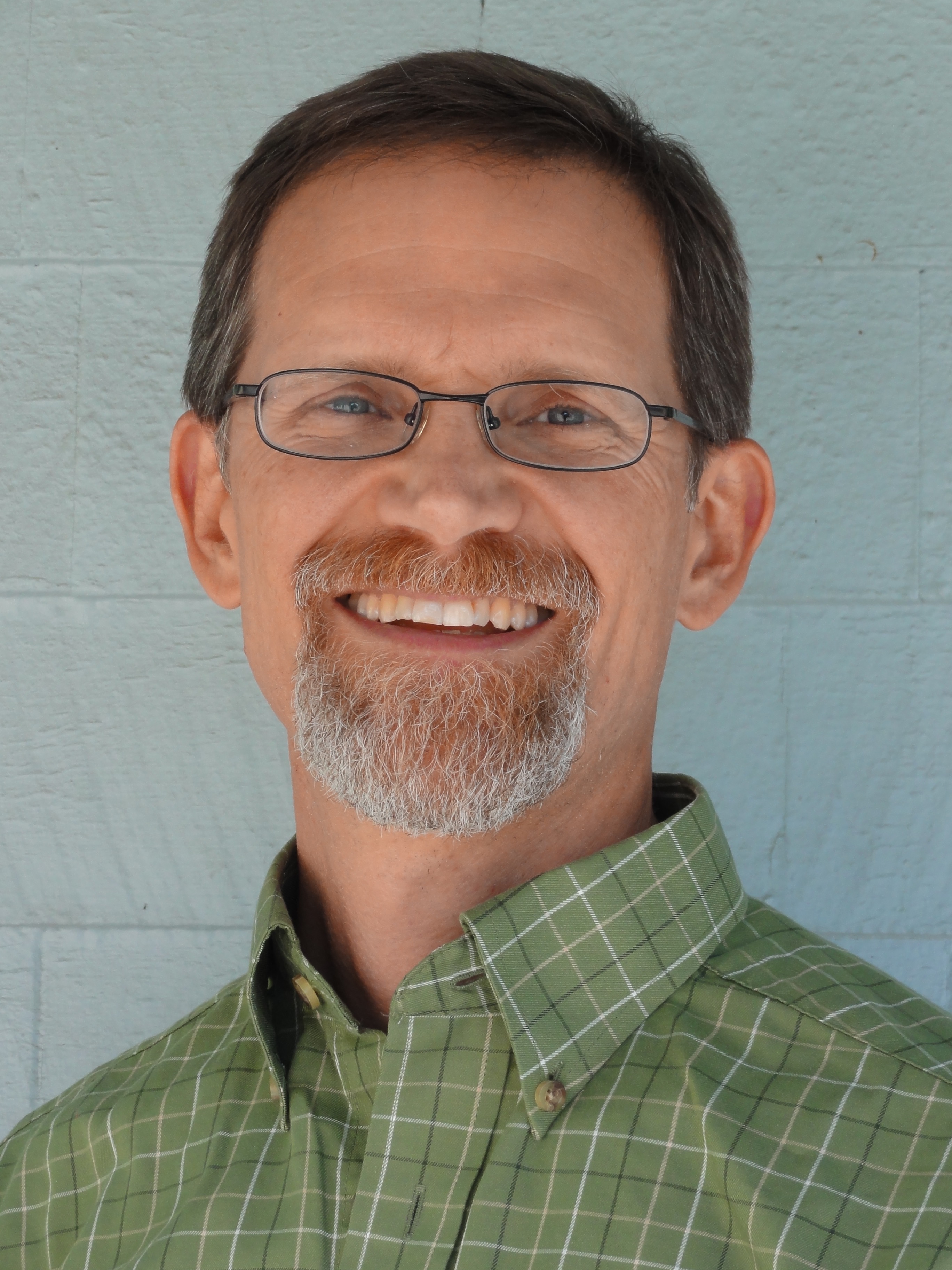 There are countless ideas to pursue and tasks to complete because this project is in its startup phase and also is really energizing. However, Andy shares that he’s trying really hard to not go at 100 mph all the time. He’s very aware that he and his team are often pushing up against the edge of burnout. (Sound familiar?! )But he tries to remember that “there are a small number of really important things to get right and then everything else comes along.” He’s also taken to heart the “idea of embracing incremental progress, realizing that 80% of the way to a solution is often good enough to operate” that he learned in Collab. “We don’t have to solve everything; just enough to keep moving forward.” This practice of not having to get everything solved and perfect has created an environment that allows work to progress within the amount of time that’s actually available. It often feels like there are a few loose ends sticking out, but the tasks that really need to be done can rise to the surface and get the attention they need.

With a collaborative management style, Andy has created a team that is excited to do the work that they are doing. For those who know Collab, we call that a “Role to Soul Fit”. And, this is pretty important to accountability. When people are in the roles that energize them and they have the skills to do, they are simply more likely to do the work and to do it with care! Moreover, Andy says, “we are using Collab’s core idea that the individual people have responsibility for specific tasks and so, can make decisions in that scope [area of work]. In this collaborative framework, no one reports to me, I don’t have ownership for all the pieces, I’ve handed over the responsibility to other roles.”

One of Andy’s roles is the Project Director, which means his accountabilities include Motivator! and pulling all the pieces of the project together. “Collab 101 was helpful because it gave me the framework for the 7 Conversations,” he says. This acted as a “road map for how to go and build this project” with his team. “This was incredibly helpful in opening up those different, necessary conversations and making sure we weren’t neglecting some aspect of the work.” 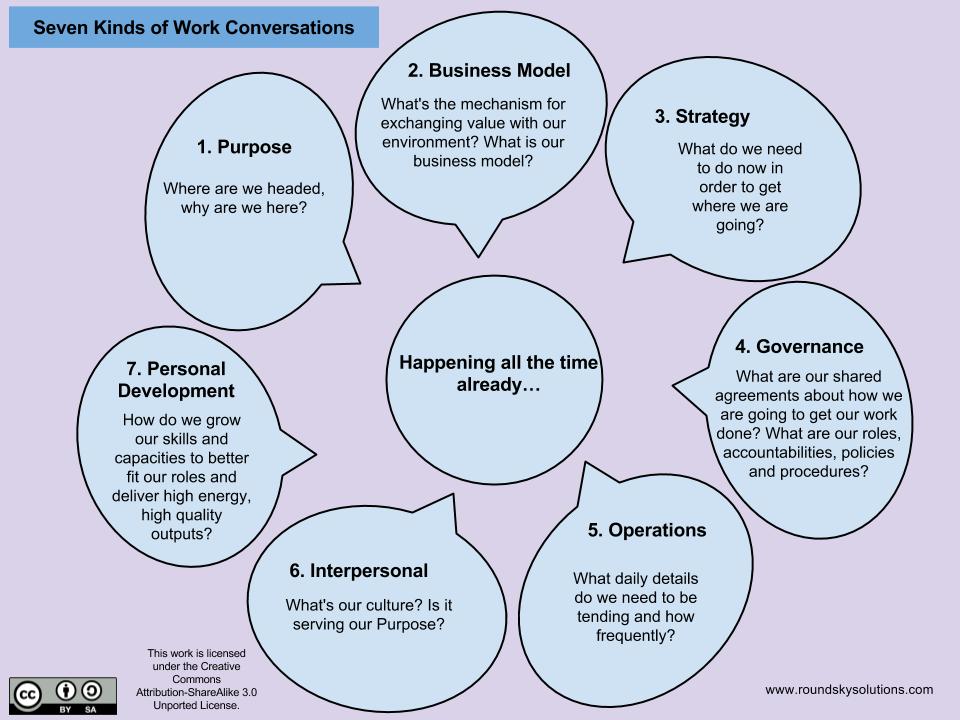 He goes on: “I don’t even feel like I’m delegating tasks to people. The word “delegate” is so complicated and loaded. It’s sort of like saying: well, I’m really responsible for this thing, but I’m going to ask someone below me to do it and keep me apprised of the progress. It’s not really giving people ownership. A collaborative approach is about giving other people real ownership and decision-making authority for different parts of the work. And it’s about recognizing that I’m as much a team member contributing to other people’s areas of responsibility as I am responsible for my own areas.”

When we are crafting our flat, horizontal, and cooperatively managed teams, giving our team members real ownership over their work rather than simply “delegating” is, perhaps, the secret to an engaged team.

I asked him if his team has struggled with accountability since they’ve begun working together. All teams struggle with consistent accountability at one point or another. Accountability is a dynamic process and not static. Andy says, “We’re doing pretty well. At moments, I have worried about team members not being as engaged and not delivering as fully on their accountabilities” that they have consented upon in their roles. However, “all four of us are highly intrinsically motivated by this project. We really don’t need a lot of work around accountability. Over the course of our time working together (nine months), I feel it’s gotten better and better because we’ve succeeded at really giving ownership of different parts of the work to individual people.”

Recently, as a team, they revisited the roles and accountabilities that they agreed upon when they first started. Andy shares that he feels like that process really helped to engage all of his team members back into the needs of their organizations and their work. It’s incredible how sometimes simply coming back to our agreements and roles and becoming truly agile to our team’s shifting needs can make a world of difference in our work environments and in nurturing that culture of accountability.

We ended our conversation reflecting on leadership. Andy explained that he used to have a vision of leadership in which one leader had all the decision-making power, all the responsibility of supervision, and a full view of all the organization’s work. “Collab allowed me to let go of that idea of what leadership means,” he says, “and really work collaboratively, giving other people permission to own parts of our project.” And Collab also allowed him to keep developing his skills as a leader with a growth mindset. “Everything is a work in progress – including me,” he says, “but now I have a rich set of ideas and frameworks from Collab that keep pointing me in the right direction.” He adds that his team is using some of these collaborative practices in the design process with students, too, and building them into the plans for the City & Lake semester program when it launches next Fall. “I feel like they will be useful for students wherever they are going to work and … live.” 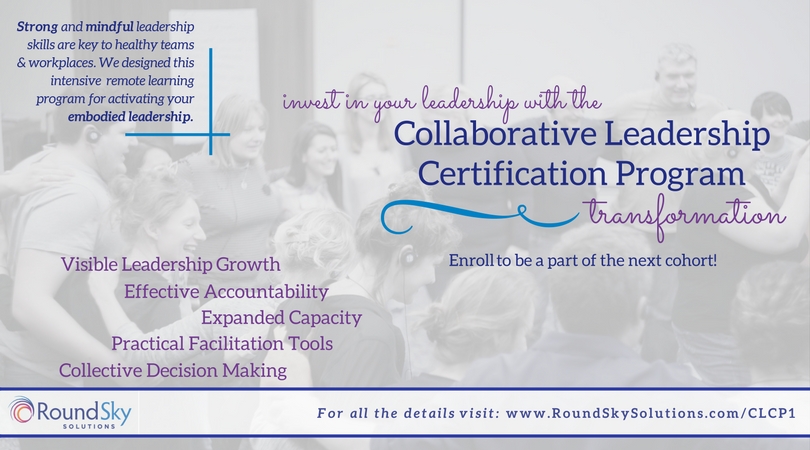 Conscious, intentional leadership is a key to empowered, pro-active and connected teams and for crafting new systems that work better for us! If you want to learn more about accountability and Collab to start working through some of those rough areas in your team, we’re here to support you! Dive in and get hands on support with professionals through the Collaborative Leadership Certification Program. This is a great place to get those tangible and facilitative skills to engage your team members, fix that uneven work load, and nurture that culture of accountability for your team to thrive. Find out more here and get started on integrating the practices you and your team need!

We use cookies to ensure that we give you the best experience on our website. If you continue to use this site we will assume that you are happy with it.OkRead more